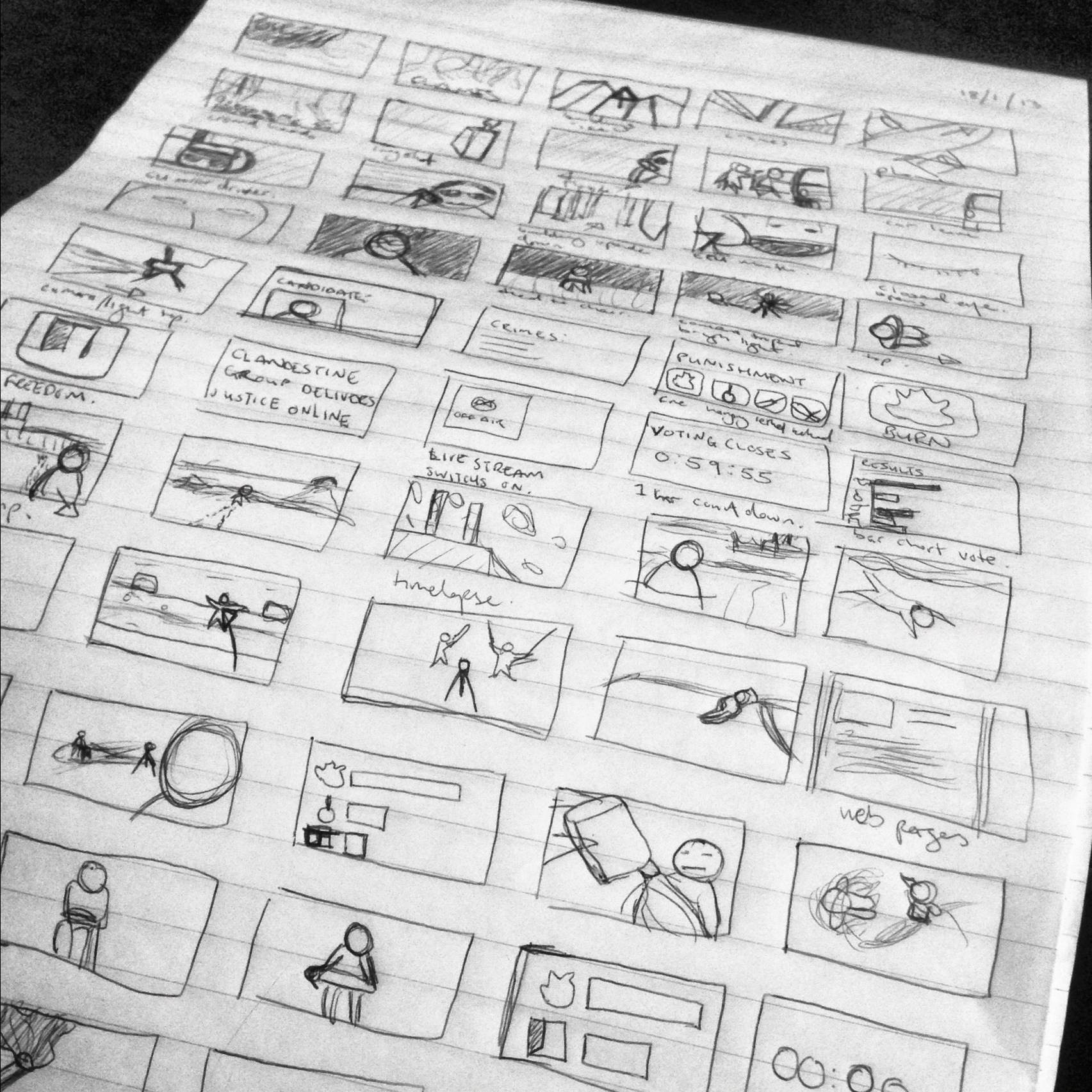 So as is usually the case a project that I expect to be working on will fall through but almost immediately something else equally, if not more exciting pops up.

I’ve been asked to produce a music video for local stoner rock band The Devil Rides Out. They’re releasing a new EP mid-year and are producing a music video for each of the tracks. The directive I’ve been given is the band don’t wish to be in the video and I’m free to do whatever I please. Famous last words!!!

I’ve never been able to do simple and it looks like I won’t be starting now.

My usually process for music videos goes like this:

1. Listen to the track repeatedly for 1-2 hours and see where your mind instinctively takes you with the piece of music.

2. Draw a storyboard of the key visual sequences of the idea. I can’t draw for shit but these scribbled indecipherable ‘richegrams’ are a huge help to me in planning shots and edits, even if they are of no use to anyone else!

3. Next I scan these atrocious scribbles into the computer, cut them up and edit them to the music track. This gives me a sense of pacing and helps me see how the narrative unfolds and where I might be short on visuals.

I like to cut specific shots or sequences quite tightly in cue with specific parts of the music. This means the paper edit is actually going to be pretty detailed and likely to be quite close to the final edit.

As I said I can’t do simple concepts like shooting a bunch of images then making something out of them in post. It’s a lot more work in pre-production to be making this kind of animatic but it gets the heavy thinking and lifting done early so when I shoot I know exactly what I’m there to get and the edit is almost like swapping the scribble for real shots. Well, almost that easy. 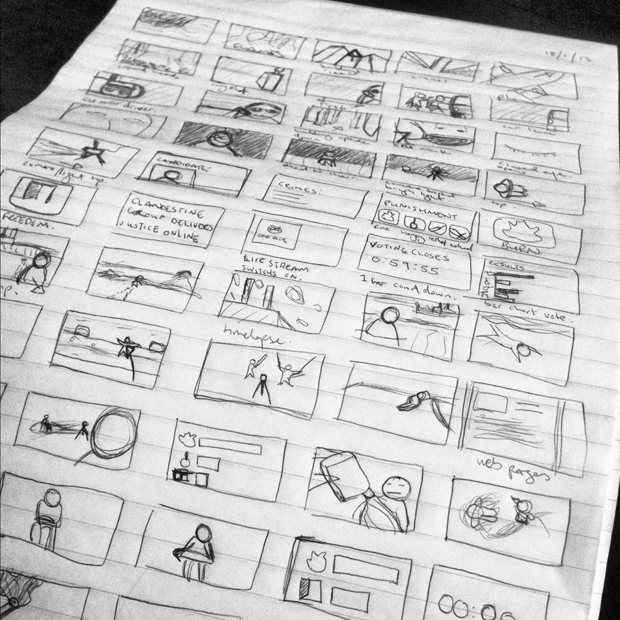